Skip to content
If, as some transhumanists would have it, it is true that anyone with glasses, a hearing aid or a pacemaker should regard himself as a cyborg, then it is worth heeding this fable from Aesop, as translated in the Penguin edition by Olivia and Robert Temple: 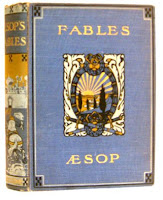 When Zeus made man, he only gave him a short life-span. But man, making use of his intelligence, made a house and lived in it when winter came on. Then, one day, it became fiercely cold, it poured with rain and the horse could no longer endure it. So he galloped up to the man’s house and asked if he could take shelter with him. But the man said that he could only shelter there on one condition, and that was that the horse would give him a portion of the years of his life. The horse gave him some willingly.

A short time later, the ox also appeared. He too could not bear the bad weather any more. The man said the same thing to him, that he wouldn’t give him shelter unless the ox gave him a certain number of his own years. The ox gave him some and was allowed to go in.
Finally the dog, dying of cold, also appeared, and upon surrendering part of the time he had left to live, was given shelter.
Thus it resulted that for that portion of time originally allotted them by Zeus, men are pure and good; when they reach the years gained from the horse, they are glorious and proud; when they reach the years of the ox, they are willing to accept discipline; but when they reach the dog years, they become grumbling and irritable.