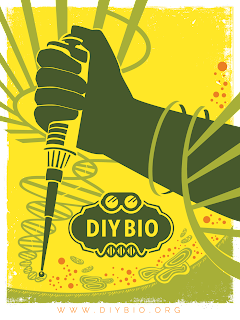 On November 19, the Woodrow Wilson Center in Washington, D.C. hosted a short event on the myths and realities surrounding the growing “DIYbio&rdquo; movement — a community of amateur hobbyists who are using some of the tools of synthetic biology to perform a variety of experiments either in their homes or together with their peers in community lab spaces. The event drew attention to the results of a survey conducted by the Center&rsquo;s Synthetic Biology Project that debunk seven exaggerations about what makes these biotech tinkerers tick and what they are really up to, particularly the overblown fears that those involved in DIYbio are on the verge of being able to create deadly epidemics in their garages, or even customized pathogens for use in political assassinations.

According to the survey, members of the DIYbio community are far from possessing the skills or resources necessary to create complex pathogens. And as Jonathan B. Tucker wrote in The New Atlantis in 2011, the complex scientific procedures necessary for creating bioweapons involve a good deal of tacit knowledge and skill acquired through years of training; most of them are not explicitly written down, but are embodied in the complex technical practices carried out in actual labs. The DIYbio movement does aim at “de-skilling&rdquo; complex biotechnological methods, but apocalyptic fears and utopian hopes about the democratization of biotechnology should, for now, be taken with a grain of salt. Though more extensive regulation may be needed in the future, it would be unfortunate if this emerging community of amateur enthusiasts, who seem to represent that spirit of independent-minded restless practicality that Tocqueville long ago saw was characteristic of the scientific method in American democracy, were stopped by bureaucratic red tape.